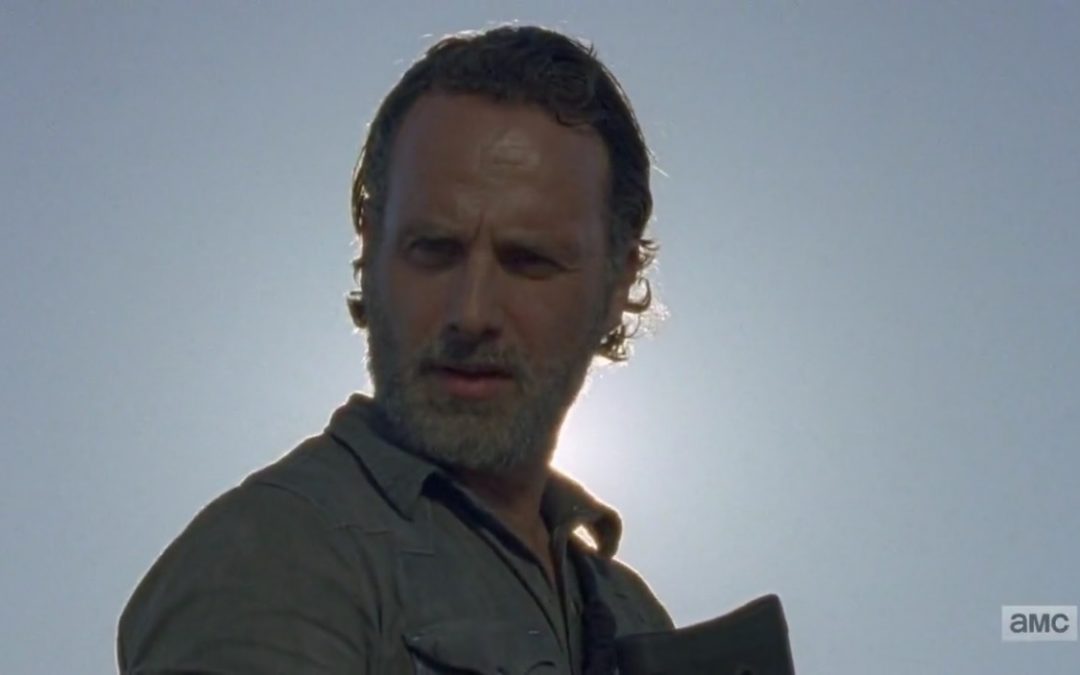 Rick looks how I feel when watching TWD

The Walking Dead is back with the premiere of its 8th season, the 100th episode of AMC’s longest-running series, and I’m the only person I know who is still watching it.

This is the 100th episode of AMC’s longest running series. After the brutally graphic ending to one character in particular last season, I know several people personally who jumped ship and are no longer interested in seeing the Walking Dead gang live and die in their hellish existence. For some reason, I’m still watching.

Despite any wins in this episode, I can’t help but feel that it’s really more of the same, because with every step forward Rick Grimes takes, there is at least another step back. Any win comes with an expiration date, and any loss is too devastating to bear without psychological, emotional, or physical damage. Often, and unnecessarily, it’s all three of those things at once.

We’ve seen Rick go insane (or was he?) and hallucinate (or did he?), We’ve seen him go through practically every human tragedy possible, and both he and us are left without many concrete answers of how to deal with it all. I guess I’m watching for the same reason (some of) the characters don’t give up: A tiny spark of hope.

I, for some reason, still hope that everything will somehow be okay. By okay, I mean that I hope Rick (at least) will be able to find some sort of sanctuary in a life without violence, hate and constant fear. I hope the walkers can be exterminated en mass, so that no one ever has to deal with them again. I have no idea how this is possible, or why I would even hope for such a thing after 8 seasons of nightmares and despair, but I do.

This episode begrudgingly feeds us another tiny tidbit of hope to keep us going, so I guess I’ll keep watching, for now.

← Live Long and Prosper For Another Season, Star Trek: Discovery Renewed by CBS for Season 2 Want to Start a Business, But Everyone You Know is Telling You Not To? →