Why Call of Duty: WWII is the First Game That I, a Busy Dad, Have Bought in Years 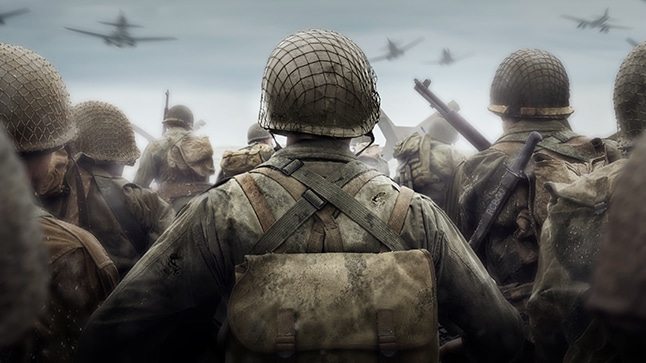 A little background: I don’t think I’m the typical gamer.

As a child, I played games a lot, starting with PC games from a very young age in the 90s, and eventually, I grew to enjoy Call of Duty in general above all other games. To me, it was a masterpiece of a near-perfectt mix of game mechanics and social competitiveness. For a time, I played it ceaselessly with my brothers and friends online, or spilt-screen, together in front of an old TV, and it was great.

Now I’m a dad, and I’m almost always busy playing with my kids, working, doing chores, or hanging out with friends and family. Because of this, I don’t have much time or interest in seeking out and playing new video games.

I’m not usually interested in committing my attention to a video game story-line, either. I obviously enoy following a good storyline when it comes to TV and Movies, but playing through a video video game storyline feels more active, and therefore more of a committment, and one I am reluctant to make for some reason. Though I bought a PS4 on release day almost four years ago, I will often go months, and at times over a year, without playing a video game. In fact, I haven’t bought a single game since Black Ops 3, which was a pretty good game, but one that I didn’t like enough to play much. It just didn’t have that magic Call of Duty essence that worked so well for me in previous years.

Despite my lukewarm feelings for other recent installments in the franchise, when I do play a game, Call of Duty multiplayer is what I usually want to spend my time on.

Why do I like it so much? At its best, Call of Duty multiplayer absorbs my interest by being a purely competitive, predictable, non-committal and social experience. I can start and stop playing whenever I want, the games are short, there’s no story to follow, and I can get better at it the more I play. I can also play with friends and family online, sometimes when I can’t be with them physically. It’s a social thing, and sometimes a competitive thing. For me, that’s the perfect break. I think of it like playing pool, or checkers. I enjoy the social, competitive nature of the multiplayer so much that I don’t even usually bother playing the single-player campaign that comes with every Call of Duty game.

For me, something went wrong with the past few Call of Duty games

The past few installments in the Call of Duty franchise have been a departure from the norm I was used to. Changes to the movement system via Matrix-style wall-running, boost-jumping like a superhero, and leaning around corners all changed the game so significantly that I eventually lost interest, and, a couple years ago, stopped gaming altogether.

Maybe I’m just old, and unable to adapt to the new style of play, but the unpredictability the new movement systems introduced into the player experience made it, for me, less fun. Forgoing videos games completely for more passive entertainment like movies, TV, and books was fine, but that left the casual competitive and social itch that Call of Duty scratched, unscratched.

With Call of Duty: WWII, that’s all changed. Changed back, that is.

I’d heard prior to the game’s release that Sledgehammer Games, the studio responsible for producing the game, had returned to a more classic style of play with this game. Sledgehammer appears to be very attentive to what players want, and has a fresh perspective on the franchise, being the newest of the three studios responsible for producing Call of Duty games, and having only one title (Call of Duty: Advanced Warfare) under their belt prior to WWII. Despite these positive signs, my expectations for WWII were low, and so I had no intention of buying the game myself.

A friend of mine, who is much more a typical gamer than I am, purchased Call of Duty: WWII on release day, and I had an opportunity to try it. To my pleasant surprise, I immediately recognized that the game was a cut above other Call of Duty games in recent years, and now, I think it may be the best game of the franchise.

Call of Duty: WWII returns to the classic style of movement that made me love the Call of Duty franchise, from Modern Warfare all the way through Call of Duty: Ghosts. To me, this makes it a wonderful game.

The movement system isn’t the only thing that WWII has going for it, of course. The guns in the game are excellent and easy to use, and when you fire at an enemy, the shots seem to register on a more consistent basis than previous games. It feels consistent, and that’s key when skill is involved in any game. If a game isn’t consistent, it’s more random and If it’s more random, it’s more difficult, or even impossible, to get really good at it. These things may seem small, but, combined, they can make a game exemplary instead of just okay.

First Impressions: Great, Despite Some Bugs

The game, as buggy as it was on release day, was incredibly fun to play. Despite the silent, motionless loading screen between games, poor placement of some of the HUD items blocking my aim, and stats not registering, it was the Call of Duty I remembered and enjoyed so much years ago. I didn’t care about the bugs, most of which were fixed by day 2 anyway. There have been plenty of complaints online, and some situations where it’s difficult to get into a match, but I still don’t care. I’m sure it will all be fixed soon enough, and until then, I’m still able to play, most of the time. That’s plenty enough for me.

WWII reminds me, more than anything, of Call of Duty 4: Modern Warfare, and that’s a good thing. Modern Warfare was the first multiplayer Call of Duty game, and probably my personal favorite. Modern Warfare is probably the most-loved of the entire series. So loved, in fact, that it was remastered and packaged with Infinite Warfare in 2016. Sledgehammer was very smart to break from the pack and go “backwards” with the movement style of the game, and I think the other studios producing Call of Duty (Treyarch and Infinity Ward) will probably follow suit.

You’ve made a great game. Seriously. Just one thing though, and it’s not a big deal. Could you make some maps that aren’t in a WWII-era warzone? I know, WWII is in the title, but I don’t mind if you break from the theme with DLC map packs, and I don’t think others will, either. I do like the maps that come with the game, but a little more color would be nice.

Thank you, also, for continuing the tradition of including split-screen multiplayer in this game. Now, I can play what feels like a modern, more-perfect version of classic Call of Duty in front of the TV together with friends and family, just like the old days, The TVs are just much bigger now.