Starbucks Loves Chicago, and is Opening Their Biggest Store Ever There 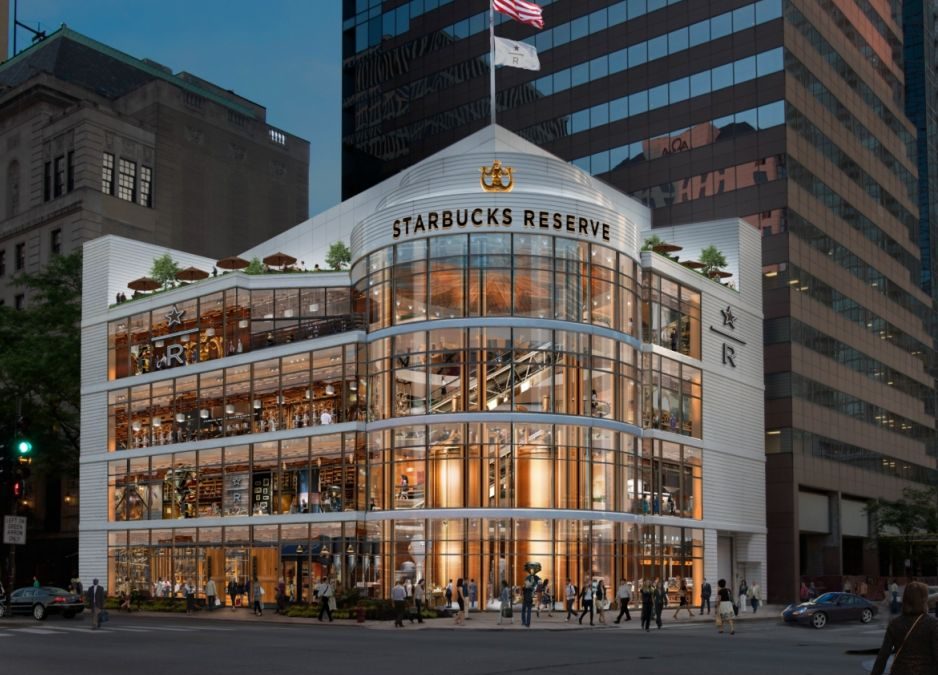 STARBUCKS IS PERPETUALLY MAKING MOVES, especially in Chicago, according to Starbucks:

“This spectrum of Starbucks retail experiences is not new for Chicago: Since opening in 1987, the Chicago customer has seen many firsts from the company…”

The newest inclusion in the “spectrum” of Starbucks in Chicago is their planned Chicago Reserve Roastery, illustrated as a very impressively massive (43,000 square feet!), shiny, glass concept and set to open on the highly desired Magic Mile in 2019. This will only be the third of such locations planned by Starbucks in the US, one already open in Seattle and one in NYC planned to open in 2018. The Chicago location, however, will be the largest of the three, which will make it the largest of all Starbucks stores, in the world.

In April, Starbucks announced their plan to build and open the Chicago location, and has since been making announcements about what exactly will be featured in the giant structure, including:

I’m sure Starbucks has a lot more ideas about how to fill up that massive amount of space they’ll have in Chicago Roastery that we’ll be hearing about soon. I eagerly anticipate more updates, and eventually making the trip to visit this place when it finally opens.

← Creators of the Most Hilariously Creepy Robots Ever, Boston Dynamics, Have a New Video Kickstarter: This Water Bottle Cleans Itself with UV LED Lights →