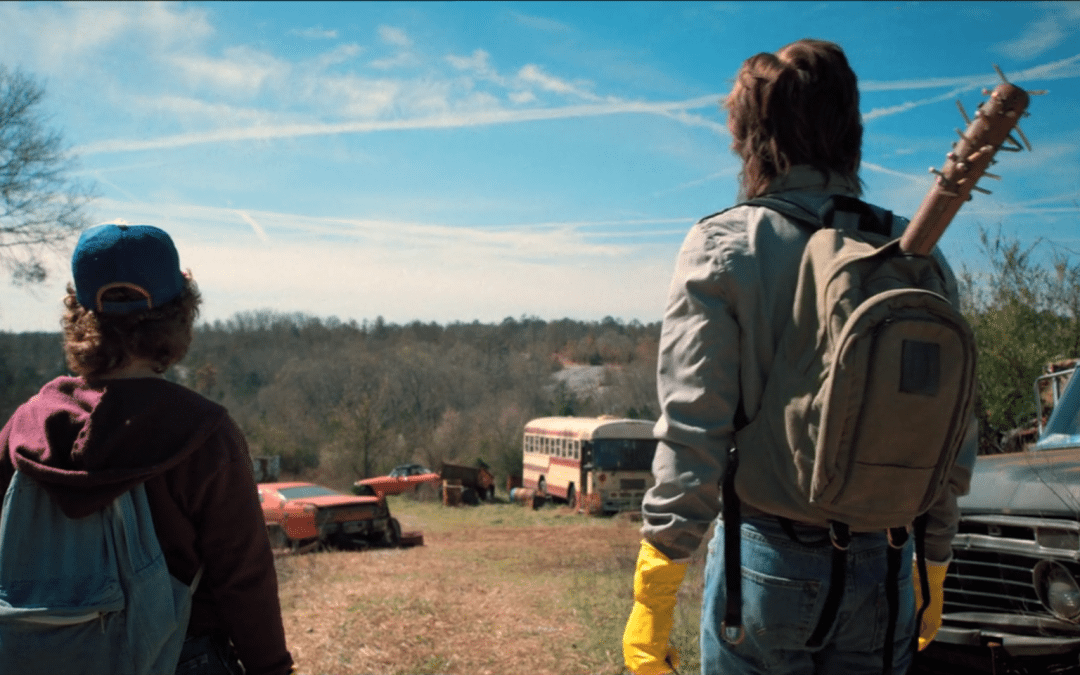 The episode opens with Will, that poor tortured soul, feeling like he’s being burned alive.

I didn’t think there was anything worse than being burned alive, but being burned without dying is… worse. Definitely worse. 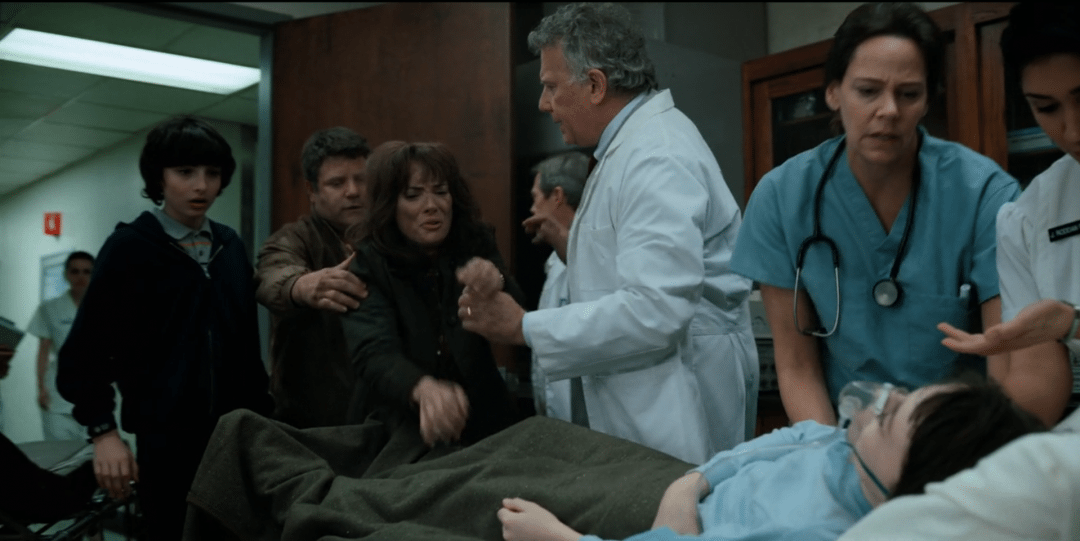 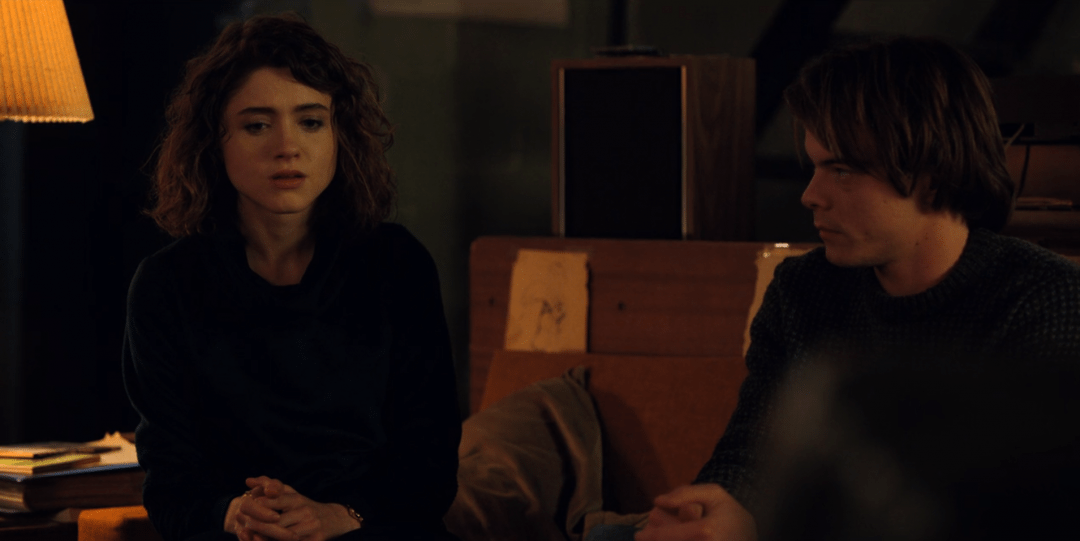 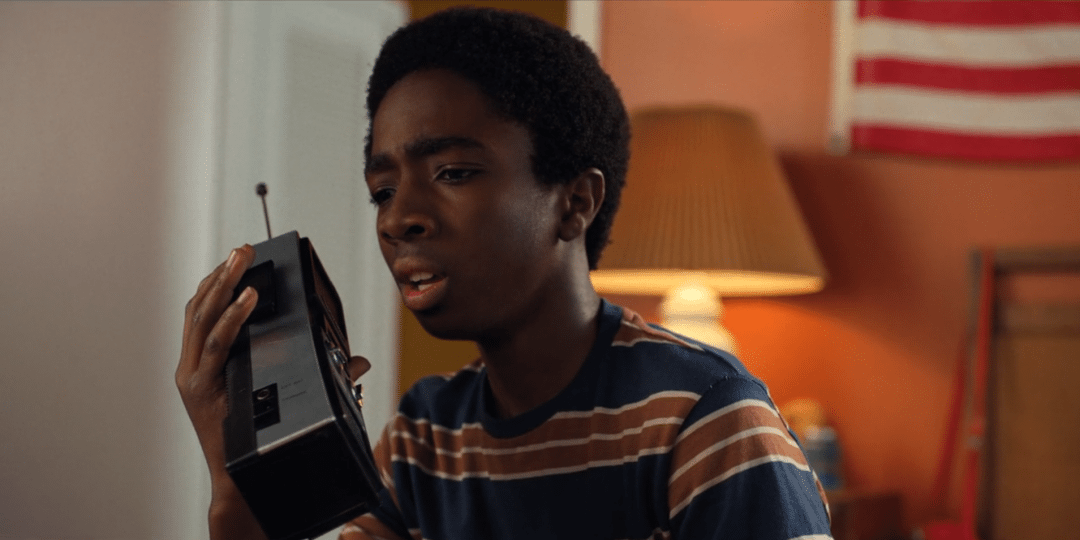 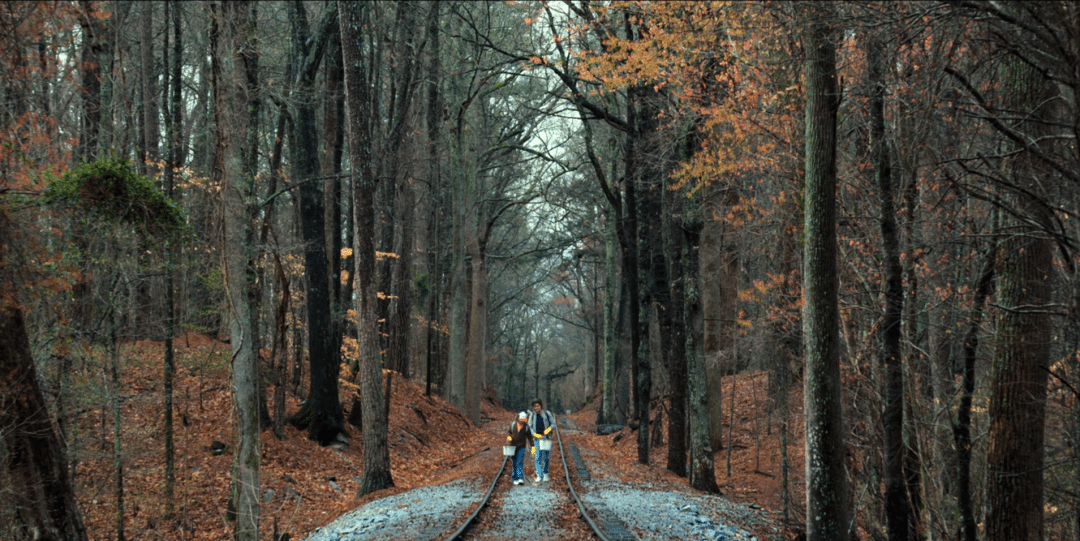 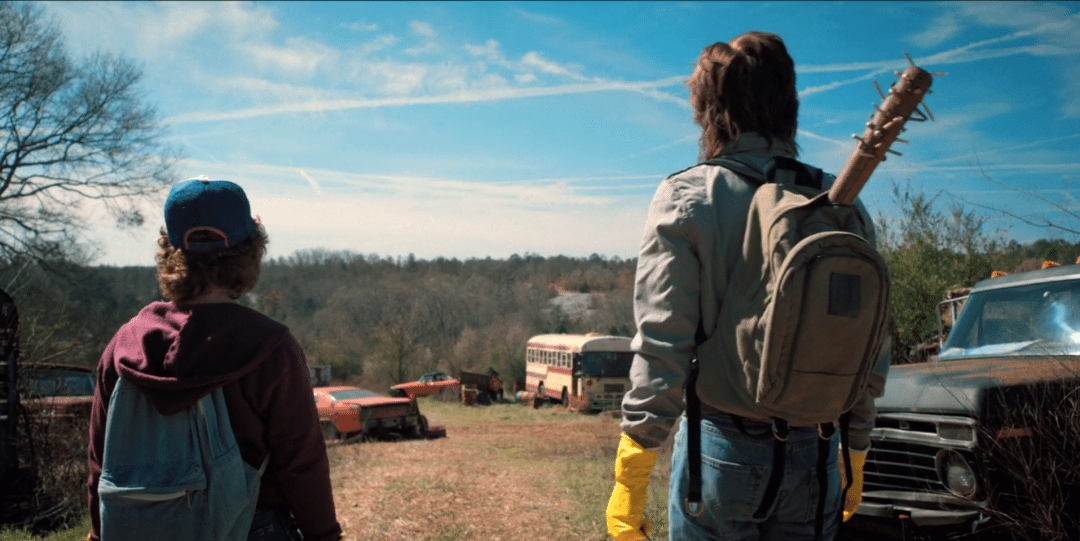 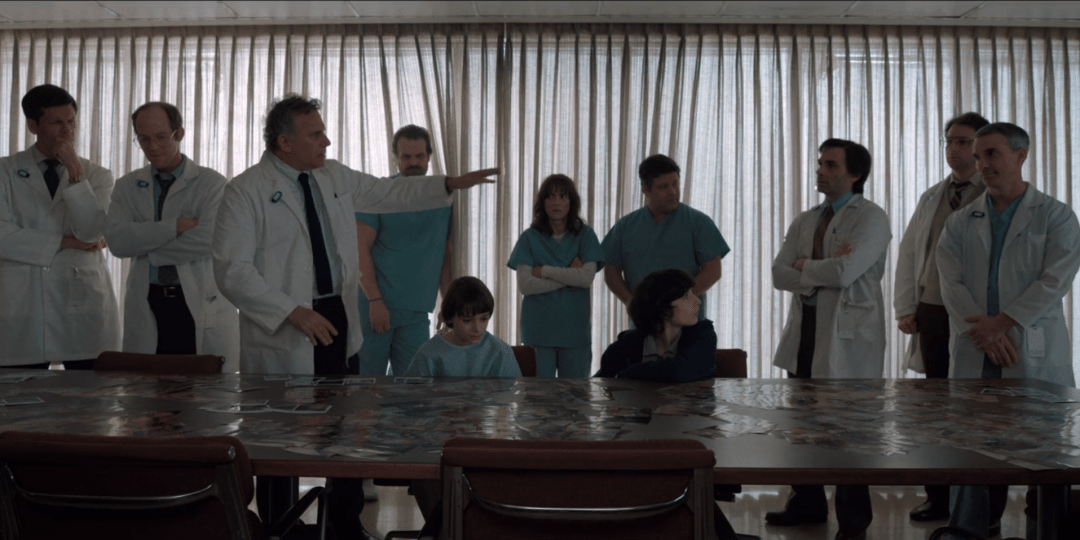 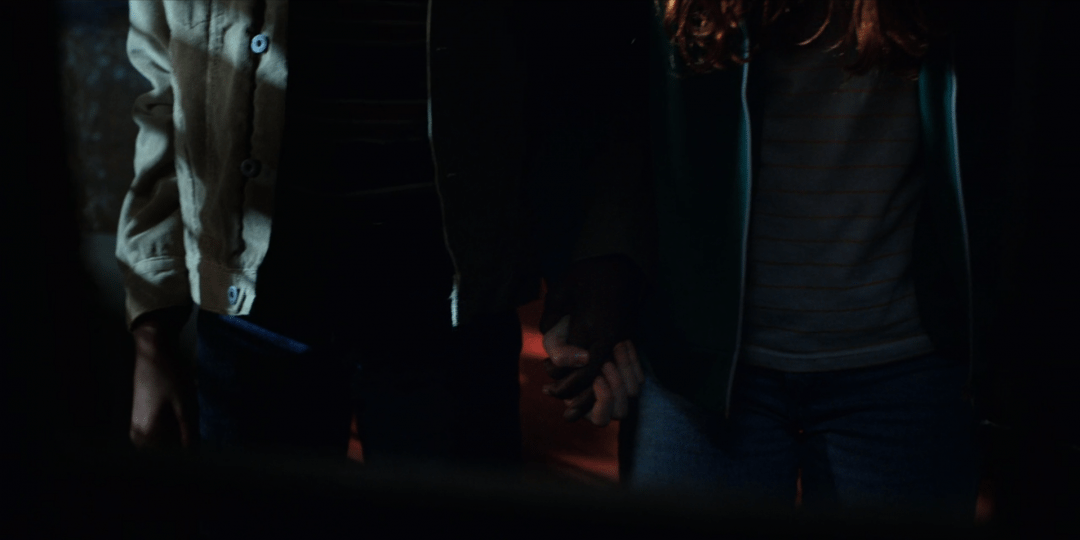 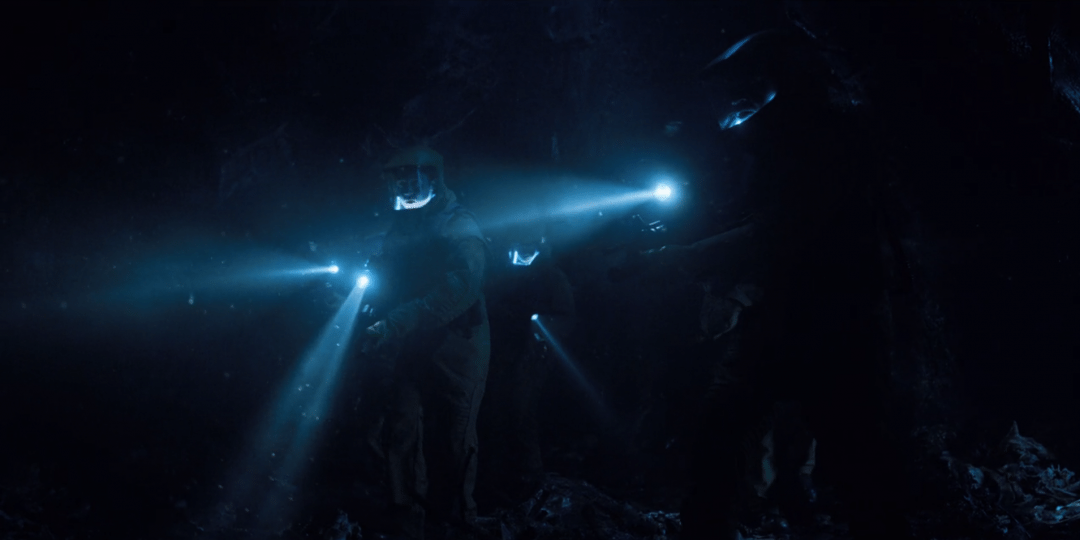 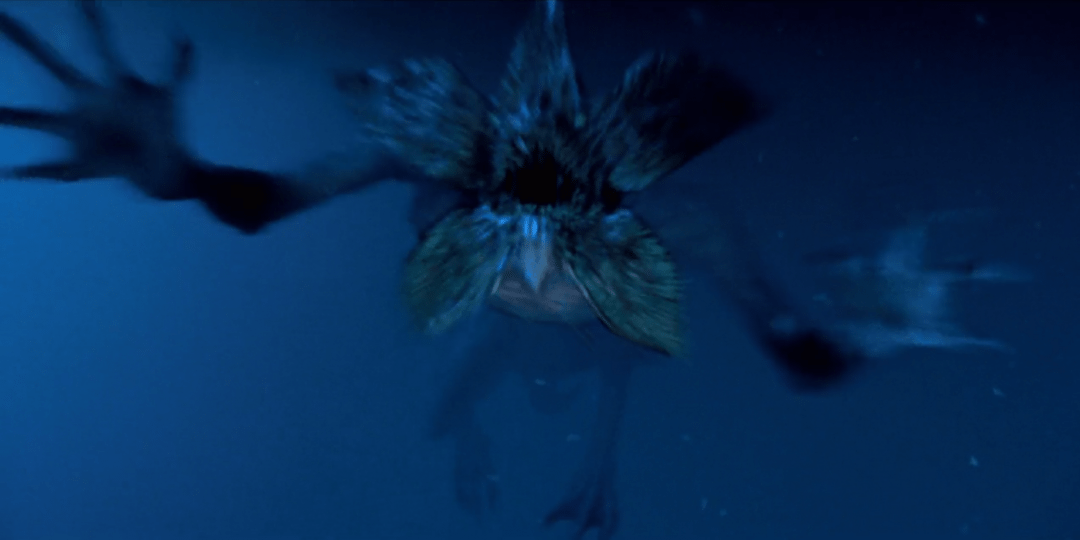 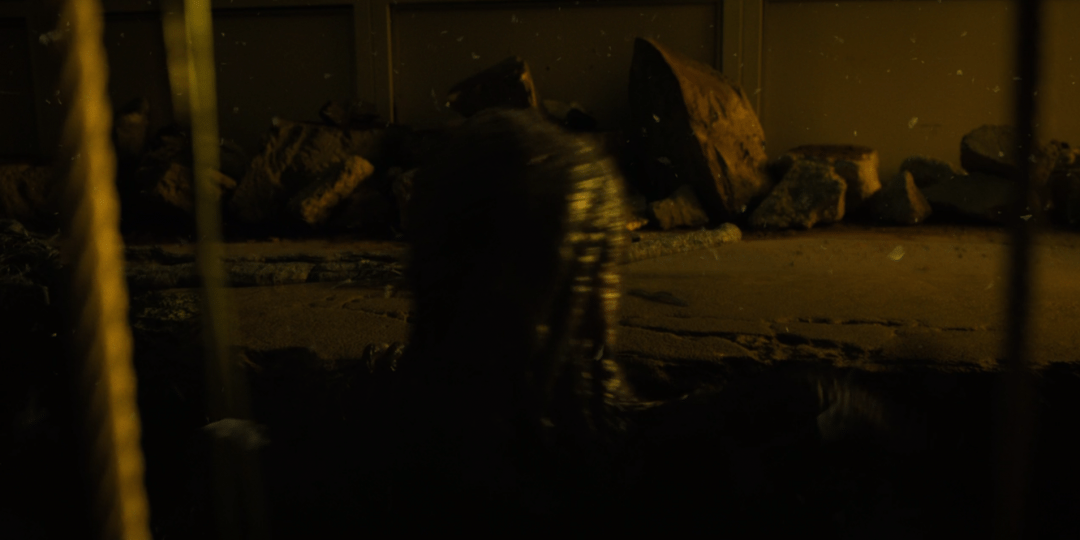 Dustin and the help he recruited (Steve) bravely go into the bunker Dustin trapped the young Demogorgon in. Even more unfortunate than finding it, they find that it’s shed another skin and dug through a cinderblock wall, literal tons of solid dirt, and escaped. The shed skin means it’s grown again. It took El to kill one of these last time, and she’s not here.

Government agents roll up on Will’s house while everyone is at the government lab. They take pictures of everything, mostly focusing on Will’s crazy crayon drawings.

Back at the government facility, Joyce yells at the doctors and demands to know what they’re treating him for. There’s no answer.

Meanwhile Nancy, Jonathan and Murray are celebrating exposing (some of) the truth to the world. He assumes they’re in a relationship, and calls their bluff when they deny having feelings for each other. Nancy and Jonathan awkwardly continue to deny their feelings to each other before they admit it and finally get together.

Lucas has made it back home (took him long enough) and makes contact with Dustin, who brings him up to speed on the Demogorgon situation.

So the problem is everything under the lab is completely hollow.

Seems like they would have noticed this a little earlier. Hopper is shown the point of infection by Dr. Owens, the place that all the tunnels started at, which, no surprise, is under the lab. It tried growing out but they burned it, so instead it grew down. The tunnels are massive, but they’re holding back on burning them because of Will’s connection to the monster.

Joyce brings Bob up to speed on everything, and he isn’t fazed at all. Will wakes up, but doesn’t remember Bob. That can’t be good, if only because nothing that happens to Will is good.

Lucas has ridden his bike to Max’s house, which is a dangerous proposition. He says he has proof of all the crazy-sounding stuff that happened last year and asks her to come with him, which she does.

Will is undergoing some tests, and doesn’t remember Doctor Owens, or Hopper, though he does remember Mike at least. He knows that he was hurt last night by the flamethrowing soldiers. They start to burn a vine to test Will’s reaction, which is, as doctors would say, adverse.

Will’s being pulled into a hive mind

Dr. Owens decides Will has some sort of virus, and that the virus connects everything which it has infected with a hive mind. That isn’t really much of an answer, but thanks Doc.

Steve gives Dustin advice on talking to girls as they walk down the train tracks, throwing raw meat down. Steve cautions Dustin against falling in love out of genuine concern for his well-being. Hopper tries to get in contact with El on the radio, but she’s long gone. He says he’s not mad, just sorry. Yeah, you better be, man. This guy is a terrible parent.

The doctors at the government lab go over the details of Will’s brain activity, which is rapidly changing. Dr. Owens is actually showing some humanity. He’s delaying burning the tunnels solely for Will’s health. The other doctors have no such compassion, and point out that Will will be dead by end of day even if they don’t burn. Will believes he knows how to stop the shadow monster.

Dustin and Steve continue to bond over the trap they are setting for the Demogorgon. They meet up with Lucas and Max. Dustin is understandably mad at Lucas for telling all to Max, but he’s shown a remarkable ability to roll with the punches, even more so in the past episodes.

Setting a trap for a Demogorgon really requires a flamethrower

Nancy and Jonathan drive up to his house and find it covered in Will’s mad scrawls. Jonathan realizes agents have been to the house.

The pictures the agents took have been reconstructed into a full map of the tunnels. Will identifies a location he believes to be of importance, something the shadow monster doesn’t want him to see. Government agents suit up and go on an exploratory mission beneath the surface.

Lucas, Steve, Dustin and Max are all hiding in an old, abandoned bus, waiting at the trap they set for the Demogorgon. They poured gasoline on the pile of meat they left for the monster. Max explains her family situation. Her parents are divorced, and she lives with her mom and her abusive stepbrother. Max and Lucas are having a good time talking when they hear the Demogorgon roar.

Steve sees the meat they left as bait isn’t drawing the creature in, and uses himself as bait instead. He’s armed only with the spiked bat, which is basically useless against the monster. Steve (sort of) has the situation under control until more Demogorgons appear. Yikes. They’re big, too. Steve smashes one into pulp as Dustin desperately radios for help and Max and Lucas hold hands. Suddenly and mysteriously, the Demogorgons retreat en masse.

Our heroes don’t know it, but the soldiers are drawing closer to whatever Will marked on the map. They find the spot, which is filled with bones. The soldiers hear a noise and fog starts rolling into the tunnel room. Will says he’s sorry, and that “he made me do it.”

The Demogorgons attack the soldiers, slaughtering them easily. The shadow monster bears a grudge against people that hurt him, apparently. Will tells his mother to leave, saying, “They’re almost here.” A Demogorgon’s clawed foot grips the edge of the pit and the screen blacks out.