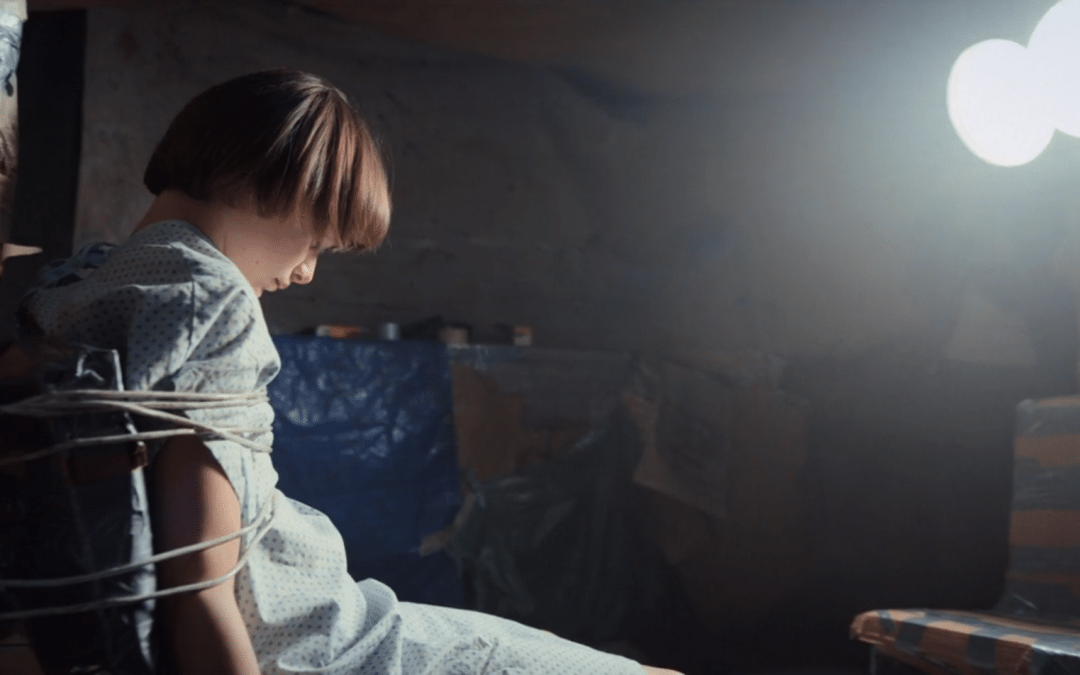 ‘The Mind Flayer’ is not a title that bodes well. Not at all. And it fulfills on its promise of more nastiness from the Upside Down.

This chapter starts where the second-to-last episode ended: Hopper and Dr. Owens watching horrified as one by one, climb out of the pit. They throw themselves at the super tough glass, which begins cracking almost immediately. 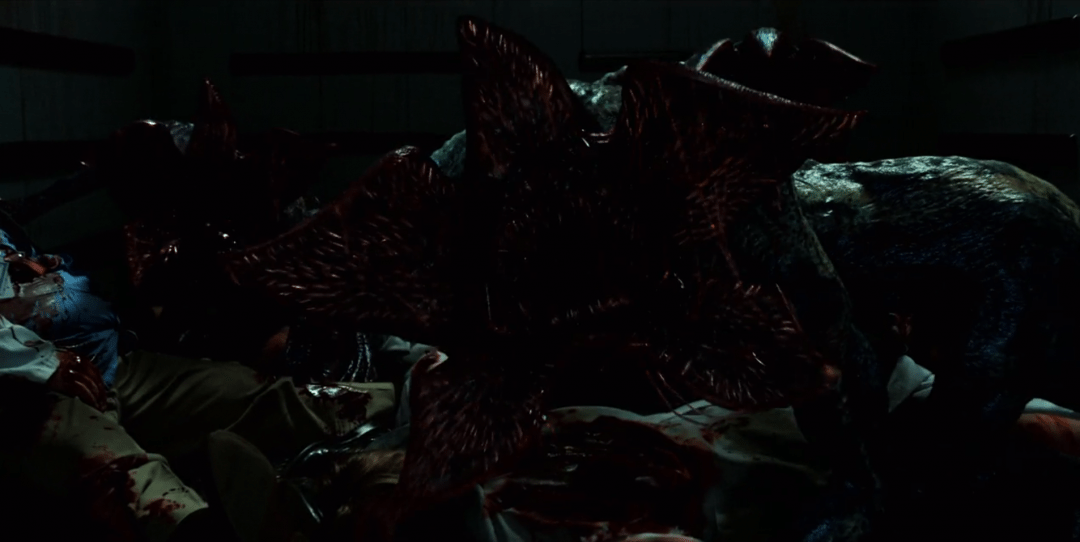 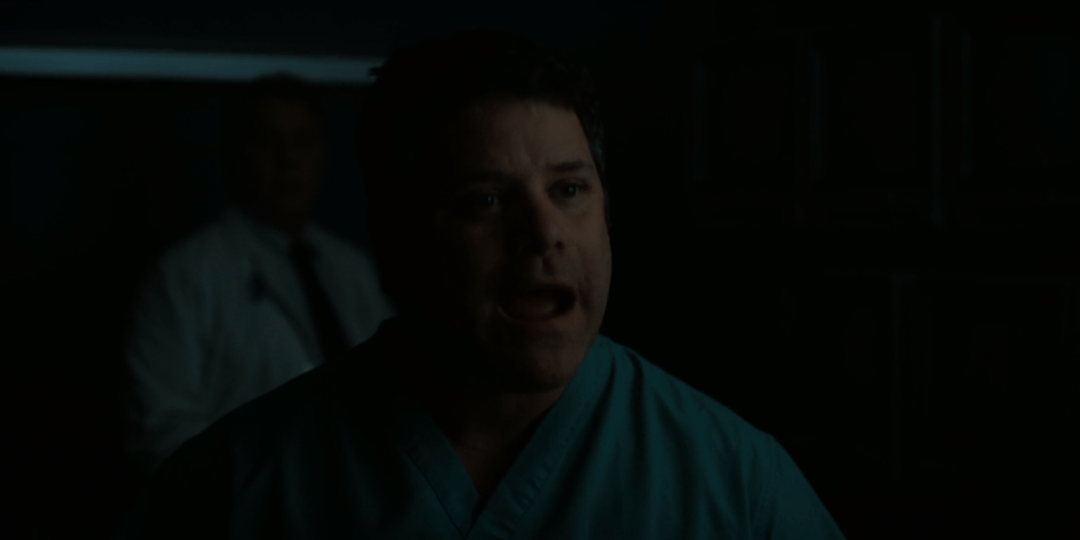 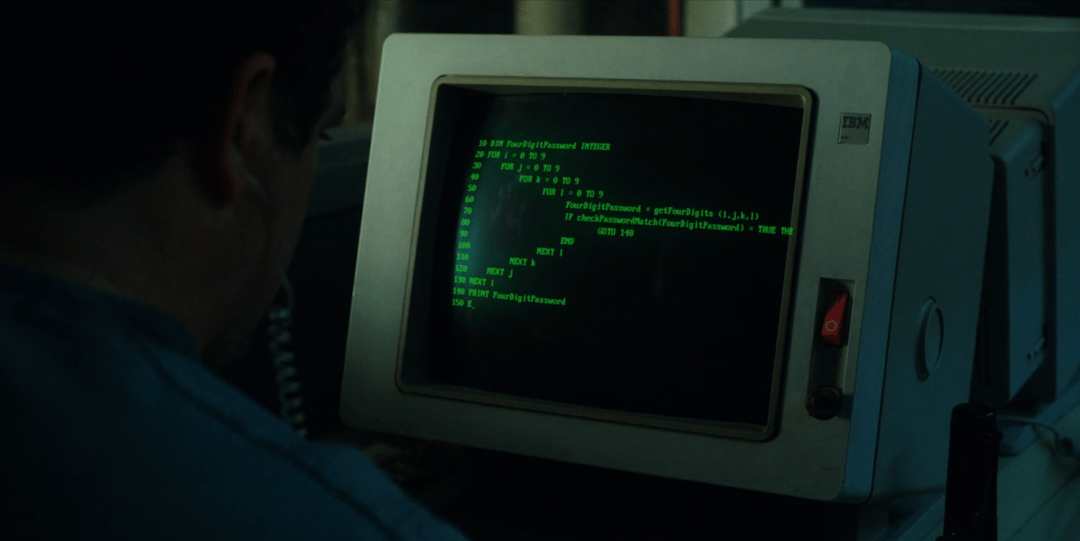 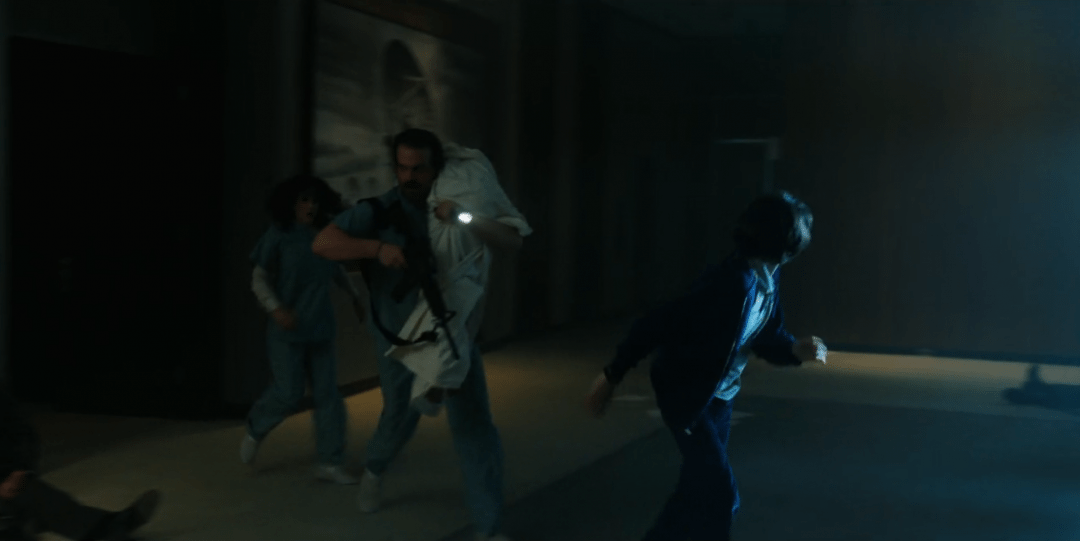 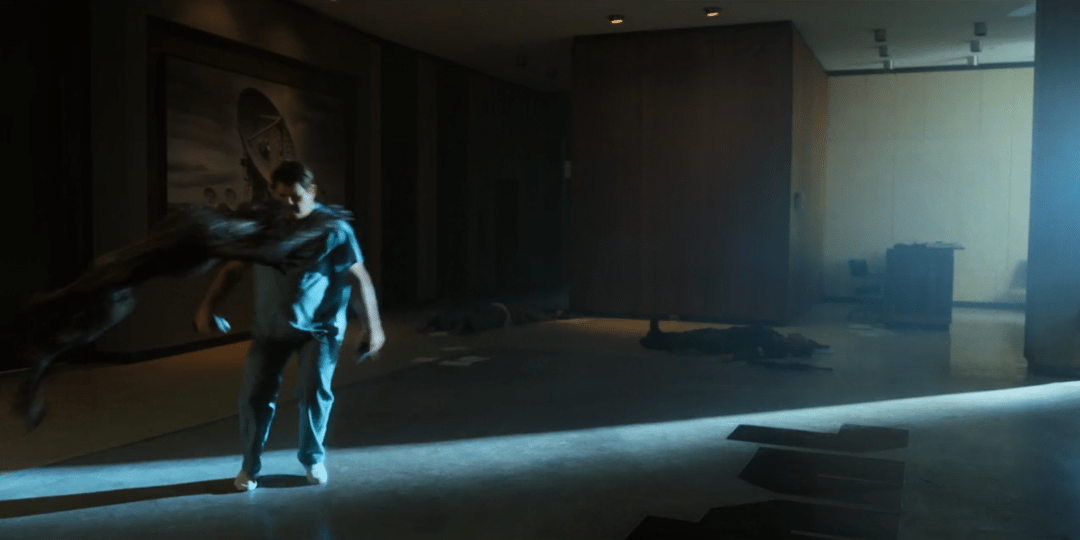 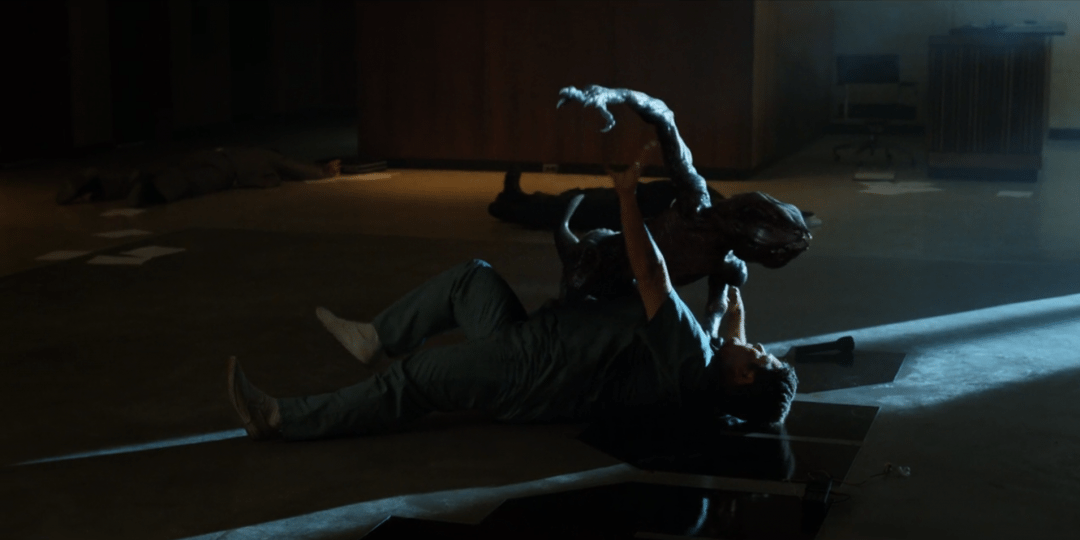 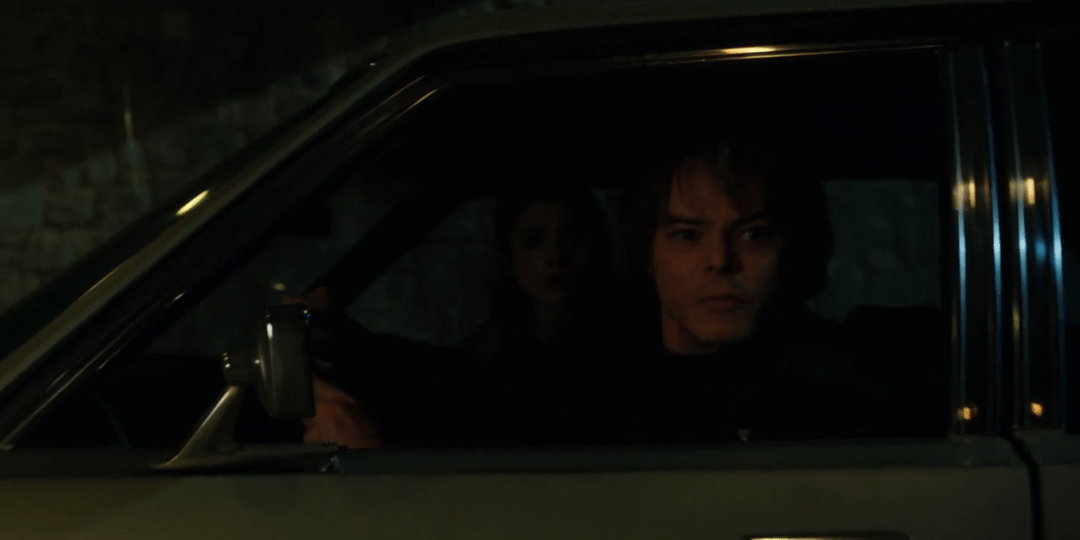 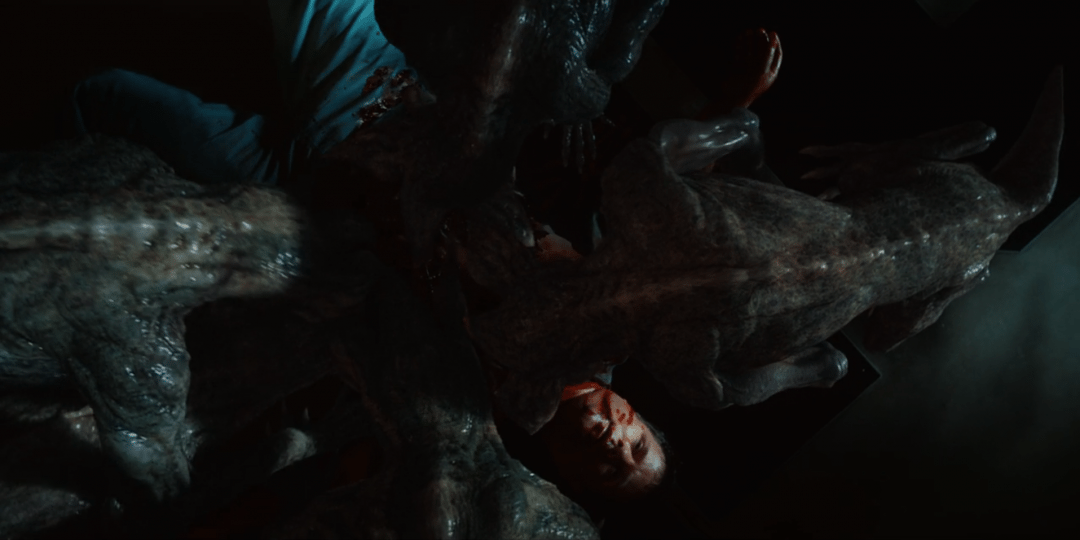 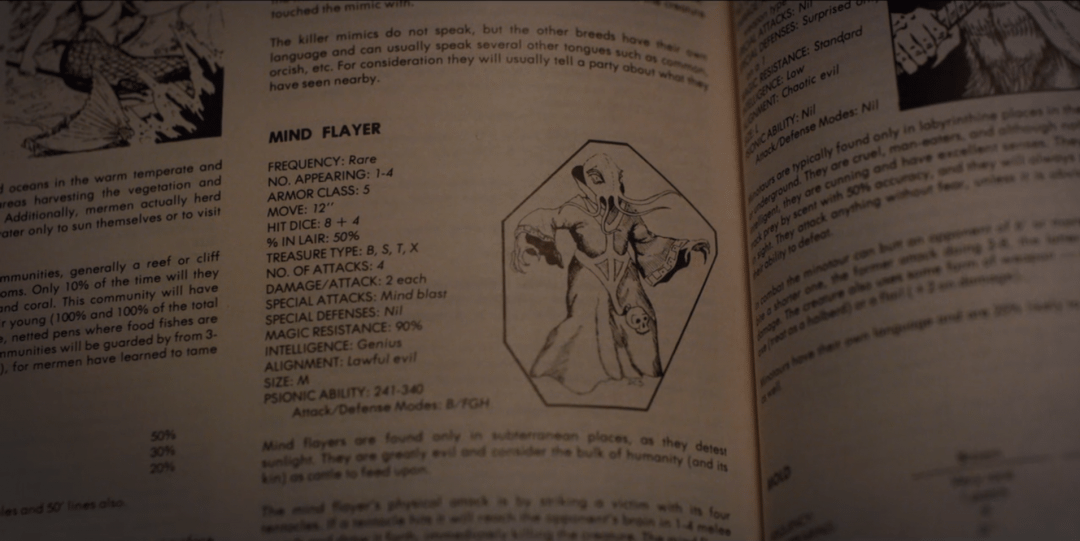 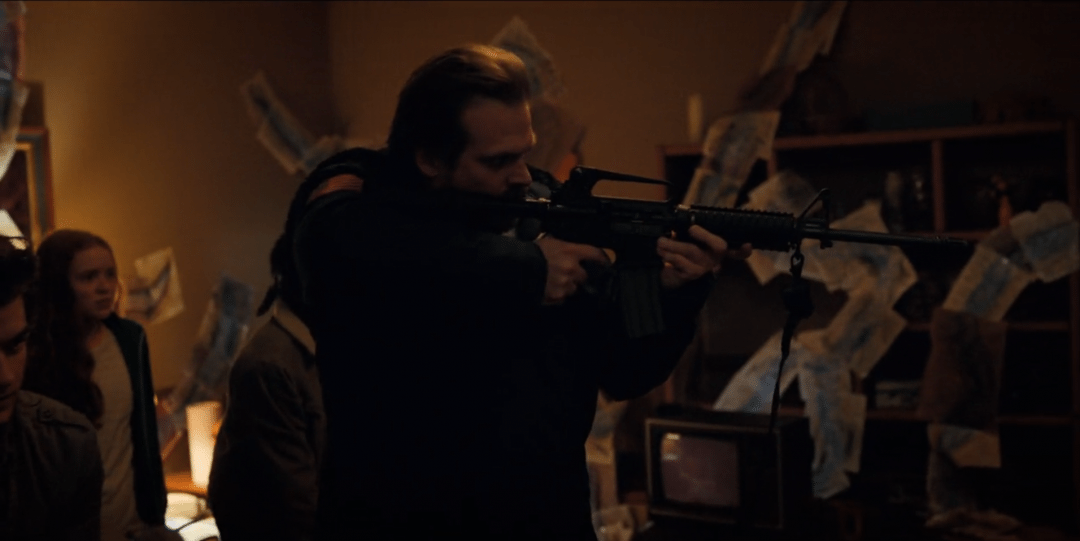 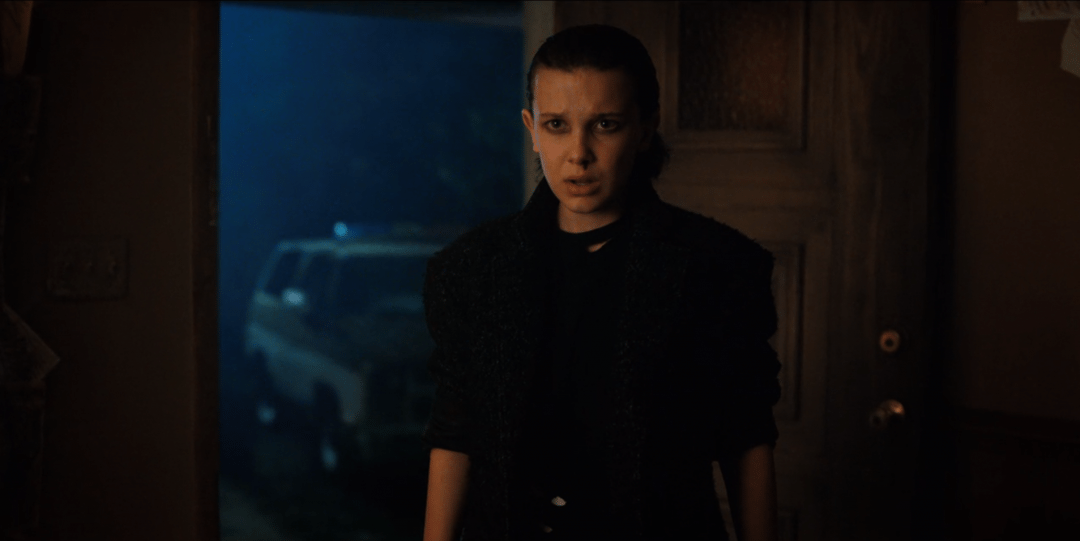 The mind flayer lets loose the dogs of war

Dr. Owens sounds the alarm and everyone flees the observation room. Hopper closes a large metal door behind them. The door slowed them down for about five seconds before they break through and trap the cornered scientists waiting for the elevator. Hopper and Dr. Owens took the stairs. Good choice.

The elevator rises to the next floor and two soldiers walk towards it, confused and cautious. The doors open and they see a disgusting mass of dead and dying bodies being eaten by . The look up at the sight of the soldiers. Those guys are dead.

Will, Joyce, Bob and Mike huddle in Will’s hospital-type room. Mike shouts out that Will is a spy, and that they need to sedate him so the shadow monster can’t use him to find out where they are. Will revolts in a way that’s very out of character, and Joyce attempts to calm him When she asks if he knows who she is, he takes long, halting seconds to respond, “You’re… You’re Mom.” Joyce realizes Mike is probably right and they sedate Will. Joyce is a pretty great mom. She didn’t waste any time being sad that Will is forgetting her.

Our first look at the rest of Max’s family, and they don’t look good

Hopper and Dr. Owens burst in, and they bundle Will (literally, he’s in a bundle of blankets) out of the room and make their way to the security office. They watch on the monitors as the stalk the halls of the until the power suddenly goes out.

Max’s mother Susan and stepfather Neil come home to find both her gone. We see her stepbrother Billy in a cringe-worthy scene preparing his hair and wardrobe. His dad calls him a f****t and attacks him in front of his stepmother. He degrades him and screams at him, slamming him into the wall. This guy is a short step from jail. If only he was in jail. We can see where Billy gets his violent, anti-social tendencies that he takes Max.

Meanwhile, Dustin, Max, Steve, and Lucas walk through the dark woods. Lucas and Dustin argue until they hear Demogorgons screeching in the distance. The realize the were going back to the lab.

Dr. Owens explains the obstacles between the group and escape: When the power goes out, all the doors lock and can’t be unlocked until the computer is reset and programmed to open the doors. And they can’t do that until the power comes back on. This means there’s no way to get outside, at all.

Bob once again saves the day by being the only one who knows computer programming. He and Hopper go through the halls and split up, Bob down to the basement to reset the breakers and reprogram the computer, Hopper to get an assault rifle and get back to the security room.

And there are demon hound Demogorgons everywhere.

Nancy and Jonathan pull up to the front gate of the facility and find it dark and unresponsive. They see Steve, Lucas, and Dustin walk out of the woods, Steve with his spiked bat in hand. They all hear the screeching once again coming from the facility. These people have no concept of staying safe.

Bob is the man

Bob unlocks the gate and necessary doors. Dr. Owens alerts Bob that a Demogorgon is heading his way, and Bob counters it by activating the sprinkler system. find water very unpleasant.

Hopper, Joyce, Mike and Will head for the exit. Dr. Owens stays behind to guide the security room and alert them to any in the area. This comes in handy immediately for Bob, who is saved at the last second from a Demogorgon by ducking into a closet. Dr. Owens lets him know when it’s safe to come out, but Bob ruins it by knocking a broom onto the floor. Dr.Owens screams, “Ruuuuuunnn!” (Hey, say what you will about Dr. Owens, but he’s a huge improvement over the excessively evil and inhumane Brenner.)

Bob sprints for the exit, pursued by the much faster and stronger Demogorgon. He makes it through the doors just in and pauses to catch his breath and smile at Joyce.

The Demogorgon smashes through the door and crashes Bob onto the floor. It raises its claws and digs them deep into his side before sinking its disgusting toothy flaps into Bob’s chest. Joyce screams and Hopper opens fire on Bob’s attacker and two more Demogorgons that burst into the room. The bullets are barely a distraction to the monsters. Bob sprays blood and the rest of the group makes it outside right as Jonathan and Nancy pull up in his car.

Hopper picks up his car and gets the rest of the group at the gate, where they complete their escape.

We are shown a gruesome overhead view of Bob’s corpse being fed on by four . Poor Bob. He was very helpful while he lived. And so smart, except for his last ten seconds or so of life. those were those seconds that counted.

Back at Will’s home, Mike reminisces about and declares they can’t let him die in vain. More importantly, Dustin coins the term ‘Demo-dogs’ which is useful, succinct, and catchy, in my opinion. Max doesn’t like it.

The shadow monster is the Mind Flayer

Mike hatches a plan: defeat the shadow monster will defeat the Demo-dogs. Mike reminds them that the virus which pervades the Upside Down (aka the shadow monster) is a hive mind, communicating, coordinating and controlling its various vines, and unearthly rot. Dustin compares it to “The Mind Flayer.” The group is forced to break out the game manual to illustrate Mike’s point, so you know it’s getting serious now.

Dustin tells everybody how the Mind Flayer works: It is an evil so ancient it no longer remembers its real and invades other dimensions through its pawns (including Will, now) to take them over. Dustin says the metaphor (Lucas interrupts Dustin to correct his use of the word ‘metaphor.’ Oh, Lucas. Wrong place, wrong time) breaks down when it comes to defeating the shadow monster. Defeating the Mind Flayer requires the summoning of an undead army. Since zombies have no brains for the Mind Flayer to control, they are its weakness.

Mike proposes they wake up Will and question him for information on the shadow monster. Since it can see through Will’s eyes, the gang goes to the shed in Will’s backyard and covers the walls in newspaper, fabric and whatever they can get their hands on so that Will won’t be able to tell where they are.

Will: the shadow monster’s spy

They wake Will up in an interrogation-style posture, tied to a post and with bright spotlights shining in his eyes. They try to question him, but he screams “Let me go” over and over and the lights flicker madly on and off.

Joyce calms him down, walking him through a happy birthday memory where she gave him a huge box of crayons. She tells him how proud she was, and how embarrassed he was. Jonathan picks up where she left off, reminding him of when their dad left, and how they started building Castle Byers, their fort in the woods. Mike jumps in to relive the memory of the day they met in kindergarten. Will looks wide-eyed from person to person, silent.

Joyce appeals to Will again, begging Will to speak with his own voice, not the . Will says, “Let me go” in a flat voice. But Hopper notices his hand taps rhythmically in Morse code, spelling “Here.”

The group collaborates, with his mom, Jonathan and Mike reminding Will of his memories to enable him to keep tapping, while the rest of the group deciphers the Morse code. They end up with the words “.”

Will goes from helpful to homicidal

Right then, the phone rings. Dustin panics and hangs it up. It rings again. Nancy rips it from the wall and throws it on the floor. The group gets quiet, wondering if that could be enough for Will to realize where he is.

Joyce sedates him and everyone hears the screeches of the Demo-dogs in the distance. Hopper grabs his guns and everyone retreats into the house. Lucas aims his slingshot as Nancy and Hopper aim the guns. The Demo-dogs stalk the house but don’t break in. group is quiet in a terrified way until a Demo-dog is thrown through the window. It’s stone dead.

The group swings to cover the door as the bolt unlocks from the inside, and the chain falls off its track. The door swings open to reveal El, happy and a little tearful, with a single drop of blood coming out of her left nostril to tell us she’s been using her powers. She’s very good at killing things. This is the first happy end an episode this season! It’s unusual, but Stranger Things have happened. Things are looking up!


Warning: A non-numeric value encountered in /home/customer/www/dayofthehuman.com/public_html/wp-includes/media.php on line 457