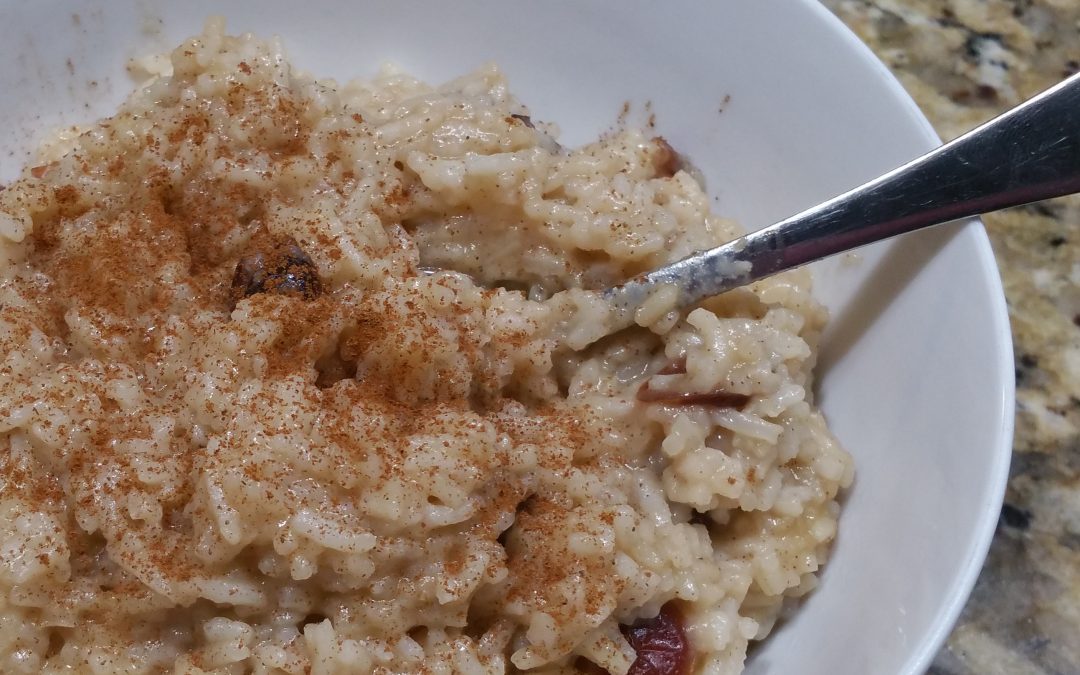 I remember when I was a kid, I would eat as much rice pudding I could get my hands on. I’d some cinnamon if I could get any, some sugar from the sugar bowl, and savor it for as long as I could.

This recipe is significantly creamier than your average rice pudding. It takes a little more effort since you have to mix the half and half and egg in partway through, but it’s worth it. You might be wary of the half and half because of the extra calories or fat content, but it’s worth it. You might have to split it into smaller servings or only make it very occasionally. If you like rice pudding, you should try the creamier versions. It’s the rice pudding you’re used but better!

Additionally, adding 1/2 cup raisins or 1/2 cup dried cranberries can really hit the spot if you’re more of a fruity person. I tried it that way in the picture, but I stick with the plain version most of the time.

Enjoy! Let us know what you think in the comments!

Tip: To avoid a skin forming over the top, cover with plastic wrap that touches the pudding as it cools.

TRY OUR OTHER RECIPES HERE

← Basic Cooking: How to Make Rice, Ready to Eat in 20 Minutes Photo of the Day: "Urban Series VI" by Minas Stratigos →